Yesterday, after going on about taking a rest day, taking it easy on my busted knee (meniscus), avoiding the rain – all of that – I decided to go on a walk that turned out to be of the 6-mile, 3-hour, rain-sodden variety. It was lovely. Except for the bathroom situation. Just a word to the wise when it comes to wandering through Amsterdam: there are nearly no public toilets at all. In Prague, there are some public restrooms scattered about town – under stairwells, in castle walls, – all for a fee. And in Berlin, there are some city restrooms that clean themselves after each use – for a fee. In Amsterdam, however, there are no such amenities.

There are a few city urinals. Qualifier: These are spiral half-walls of green metal wrapping around and partially obscuring a pee-wall – for the gentlemen only, I presume. (See photo.)

When I first walked past one of these in a lively coffee shop and adult-themed district (read: where the kids go to smoke their pots and look at scantily clad ladies), I wondered to myself: How blottoed do people have to be to decide it’s a good idea to use one of these things? About two hours later, I found myself thinking – nay, praying: Where is that street toilet? And, after another half an hour of marching with purpose in the direction of that same marijuana-laden city district – I had gone all the way through to the southern end of the town from the northern river – I found that street toilet in all its glory. One just like it, anyhow, in the same red-light district. No public urination fines for me, thank you very much. 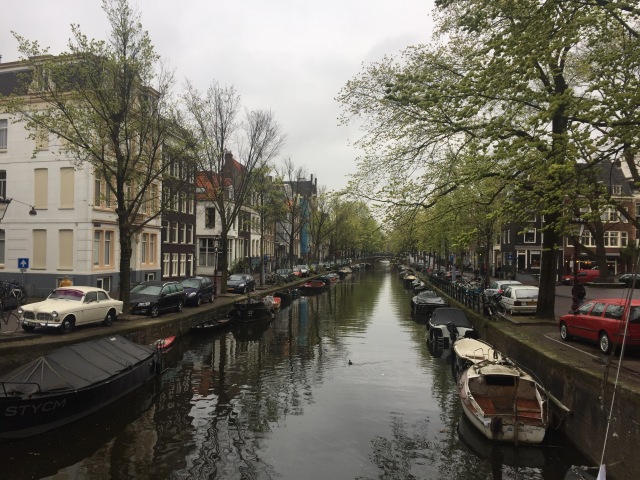