Don’t Androids Give the Best Advice?

This sort of thing tends to happen when I’ve not slept enough and I’m stuck unable to be productive or really do much of anything successfully. Rather than reading or writing, I spent about two thirds of my trip back to the states watching three movies. Rogue One was as good the fourth time as it was the first three times. Fences made me cry at least a dozen times (can I blame the lack of sleep, or was it that I am currently returning from the dream world to the real world?), and it made me appreciate the patter and beats of poetic playwriting (and so screenwriting, I guess – it reminded me of Aaron Sorkin’s writing, only it was markedly better as the sort of thing you’d put on stage). Last was a throwaway that entertained without demanding too much. I watched the recent sci-fi movie Passengers between the Star Wars and the August Wilson pics. I didn’t like the deus ex machina thing they had going on with the resolution in the movie, but I did like the concept, and I liked the setup through the first third or so of the film. And I liked the philosophizing android Shining-esque bartender. At one point, the bartender gives barkeeper advice.

The robot says to the man: You’re not where you want to be. You feel like you’re supposed to be somewhere else.

Jim responds: You said it…

Barkeep: Well, say you could snap your fingers and be wherever you wanted to be. I bet you’d still feel this way: not in the right place. The point is: you can’t get so hung up on where you’d rather be that you forget how to make the most of where you are.

Jim: What are you telling me?

Barkeep: Take a break from worrying about what you can’t control. Live a little.

How apt, I thought to myself. I spent a lot of time in the last week working on being cognizant of where I have been, physically and mentally. A lot of the time, I’ve been having this sort of thing in my head: This is really cool right now; no one else gets to do what you’re doing , exactly; your experiences are your own; take a minute to look at the water (or the sky, or that painting, etc.) and appreciate where you are and that your life is your own. At other times, however, I have been thinking about how I’d like to leave my real life behind and just travel and write full time. A lot of my existence has been spent being dissatisfied with my circumstances. That is not to say that these circumstances depress or sadden me. Most of my time is happy time – but unsatisfactory time. I always want to be somewhere else, doing something else… except when I do the mindfulness thing. Just a thought. Am I alone in this? When I look around at my old friends – at the other adults or near-adults who I’ve known – they seem to “settle down” and thereby “settle for,” as Dan Savage puts it – though I don’t think he means it this way, exactly. They settle down, they settle for, and they become… satisfied? I’m not sure. I wonder. I have never been satisfied. There have been two times in my life when I thought: “I’m truly on the road to ultimate satisfaction, and I’m satisfied with the road that is taking me to satisfaction land, to boot” – only to have those things, impermanent as the rest – disappear in a cloud of dashed expectations.

And the truth is, if I could snap my fingers and change it all, I would hope for something almost identical to what I have.

There’s another juncture in the story at which point a character says something that’s been in my head – or the opposite, maybe. The female co-lead in the story says that she has a story that no one else can tell. And in my less-positive moments, I wonder if anyone has a story that no one else can tell. Counter my mindfulness exercise from above, there are times when I think about the writing I’m doing – not only here, but in the drafts of the novels I’m working on and the one I’ve completed – and I wonder: do I care about these things? Could anyone else have written them? And, depending on the day, the answers are “no” and “yes,” trading places variously. At times, it makes me feel as though I will never be satisfied because I’m not wired to be satisfied, happy though I have been for most of my time. I need to do what the android said: just let go of what I can’t change, stop worrying about that stuff – and live a little. 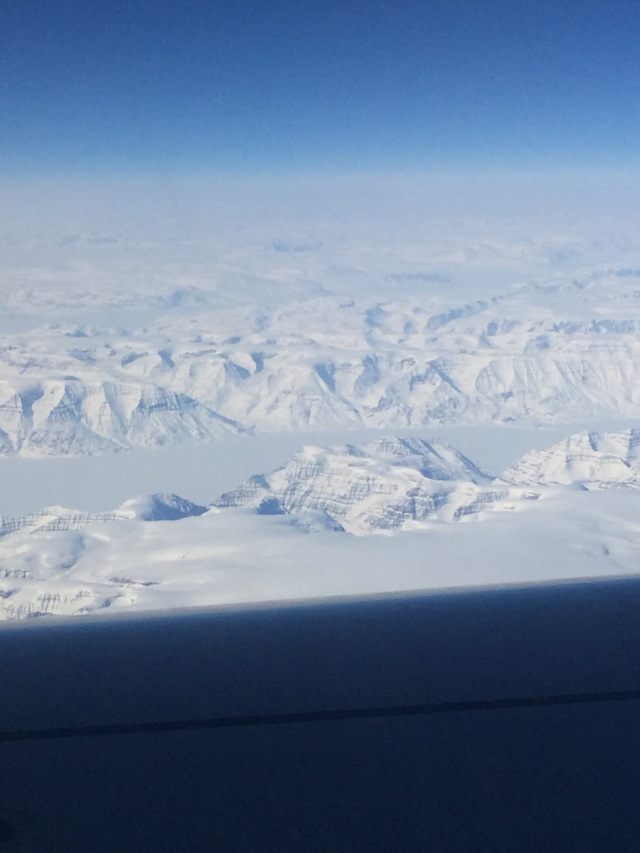 Disclaimer: This is another one of those that I’m writing on around an hour’s worth of sleep in the last 36 or 40 hours… so …