It really is something to be able to say that it’s possible to see several national parks (and one state park) in one weekend. These weekend excursions tend to be whirlwinds for our family. and this occasion was no exception. That said, I don’t want to bury the lead: these parks really do deserve more of our time. Here’s the quick rundown of our trip, which is a variation on a trip we did last fall.

We leave home after work and arrive in Kanab, UT before 23:00. I’m always so impressed that we have so short a drive to get to world-class destinations. When I’m sitting at my desk or on the couch at home, if I think about it, I quickly become jealous of myself and my own opportunities for recreation in my own home state of Utah.

Zion National Park. We do three short hikes to get a sampling of the park. I walk away thinking that we need to spend three or four days exploring the trails and canyons in Zion. I’m ambivalent about this park: it’s the most popular one in Utah, and it gets a lot of traffic – so much literal car traffic that air pollution must be closely monitored, and people are directed to ride trams (a la Disney Theme Parks) to and fro in the main section of the park. So I don’t like it for these reasons. However, there’s a good reason it’s the most popular park; it is beautiful. Its beauty astounds and strikes one with true awe. Hence my ambivalence. 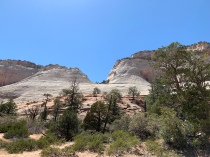 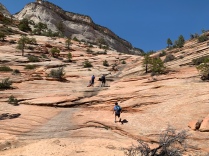 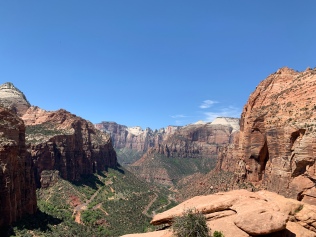 Drive home. We stopped along the way at a few places. First up was Coral Pink Sand Dunes – one of those small-time places that would be big-time if anyone were to find out about it. Nestled as it is between the Grand Canyon and Zion, nearby Bryce, and within a reasonable drive of the Paria Canyon, Glen Canyon Recreation Area, Canyonlands, Capitol Reef, … (you get the idea; the list is longer than this) – because of its proximity to these places, it might for many people be less interesting than its competitors. All the better.

Another stop on our way home was at Bryce Canyon National Park, a place that needs almost no introduction. It was a dip in, dip out sort of situation. Two hours gate-to-gate, all-told. And it was worth it. It always is. 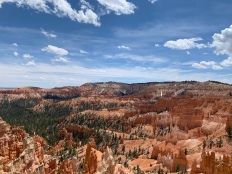 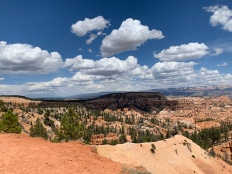 Last on the list (after a drive on Route 12, which will get its own post on this site at some point) was Capitol Reef just before sunset.

We arrived back home before midnight on Sunday night – a late return. It was worth it, as usual. We’ve already got our next trip planned. Next time, we head north.